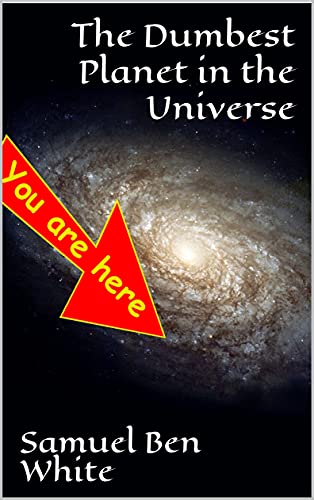 I went into the hospital for just a routine ablation. I mean, as routine as those things can be. They are attempting to get an out-of-whack heart back in whack by searing it and causing scar tissue in just the right spot. Yeah, it’s as crazy as it sounds, but it works.

And since you’re looking up what it is on line anyway, I’m not going to knock myself out explaining it to you.

As far as heart surgeries go, it has a history of success. A lot of people are back at work within weeks, sometimes days. For some people it takes a little longer, but not usually too long. Not like a lot of the other heart surgeries.

And I had had it done before. A couple years before I had had it done at a hospital in Oak City. The thing was, though, they could only do so much of it at one time, so they did (according to them) about ninety percent and then the plan was to get the remaining ten percent “in a couple years” after I was completely healed. (Yeah, I know I said that they said that most people recover quickly, and on the first round I had. I had gone back to my job as an accountant after a couple weeks—part time—and then full time by a month later. Not like I was playing pro sports or prone to ridiculous amounts of jogging, so I didn’t have a problem.)

I just had to get the job finished. Afterward, they told me, I would be back up to full strength in no time. All the old fatigue gone, better sleep at nights, a new man—if you didn’t count that I was rapidly leaving fifty in the rearview and hadn’t been a stud on any field or court since, well, ever. In Little League I was the kid you stuck in right field, in adult softball I was the man you put at second base or catcher—the two places least likely to harm the team in a no-slide league.

So maybe, with that final ten percent taken care of, I would at least be able to go on a long, brisk, walk without feeling light-headed or nauseous.

When I had it done before, I went through all the pre-test junk we’ve come to expect, filled out a ream or two of papers, then showed up at the hospital on the day in question. I was well-rested because my insurance had even sprung for a decent hotel room near the hospital for the night before and after the surgery. I hadn’t eaten or drunk anything in twelve hours when I walked through those hospital doors and, pretty soon, I was laying in a hospital gown on a hospital bed, thinking hospital thoughts.

They had wheeled me into the operating room and then this nice lady had told me she was going to put some stuff into my IV which would make me go to sleep. I started counting backward from a hundred, got to about ninety-seven … before waking up in recovery and being kind of sore and tired. It turned out, they had stopped short because the anesthesia had been wearing off and they couldn’t have continued without putting me in serious pain, the kind of pain that would have complicated my recovery.

That’s what I was expecting, then, for round two: count to three, wake up in another part of the hospital, everything hunky-dory.

Anytime you go under, though, there’s always a slight chance you won’t come back up. Or that you might have a wild dream while under the influence. The kind of dream that seems so real you will never be convinced by anyone that it was not.

I’ve always been a man who followed his instincts. When I woke up, then, and my first instinct was to scream, that’s what I did. Instincts two through six were remarkably similar, so I followed them as well. Instinct seven was to call ineffectually for help, so I did that, followed by more screaming.

You see, I had expected to awaken to the visage of the anesthesiologist who had put me to sleep—or one as like that one as to be no matter—and then get the usual questions like “How are we feeling?” and “Would you like something to drink?” When I didn’t wake up to that, I think my responses were quite called for.

At first, I thought I was still asleep, for it was all darkness about me. But then I realized my eyes were open for I was seeing a little. Dim shapes and faint lights were all about me. Hence the screaming, though, for I appeared to be in a box. My first thought was: coffin. “I died on the table and now my heart has re-started on my own but they’ve already chucked me in a box for shipping back to … where would they ship me?”

I was born in Flomot, Texas—wait, that’s not right. I was born in Lubbock, TX, but that was because there was no hospital in Flomot. One of my first sensations upon awakening from the anesthesia was of movement, which is what helped lead me to the conclusion that I was in a coffin and someone was taking me back to Flomot for burial. I didn’t have any special affinity for Flomot, but I guess I never had made any “final wishes” known, so it made sense to bury me near my mother’s plot. They could have buried me near my father, but he was a veteran and accorded such honors, so I would only have been in the same pasture, not right next to him.

Once past most of the screaming, it came to me that if I were in a coffin, there wouldn’t be any lights. I had seen coffins advertised that were insulated so you could buy them before you needed them and use them as coolers at parties before you checked out, but I had never known of one that came with lights. And these lights didn’t seem close enough to be inside the coffin with me. Where were they coming from?

Trying to calm down and think about the problem, I hit on the idea that maybe I was inside an iron lung. I had never heard of winding up in one being one of the possibilities following ablation, but then I also had no idea what an iron lung looked like from the inside or out and, thus, the theory was no better or worse than any others I might have come to.

I tried to move my arms and legs, but while I could move them a little, I was clearly packed into some sort of … something? Box? Coffin? Shipping crate? I think my mind liked the iron lung idea because it at least connotated medical care whereas all the other options led one to think of abandonment.

Maybe it was some sort of hyperbaric chamber, I suddenly thought. I had heard the term and, while I didn’t know any more about what one looked like than I knew about iron lungs, the idea seemed more reasonable. Didn’t they use them to immerse someone in a very sterile, pure environment? Maybe, I reasoned with my still-panicky self, there had been some hint of infection and they needed me in a completely clean environment as I recovered.

With that thought in mind—and realizing it could still apply to what little I knew of an iron lung—I decided that maybe I was looking through a glass window at a darkened room in the hospital. Not one hundred percent dark, but just mostly darkened. Why would it be so? I asked. Perhaps it was late at night. Or maybe it was just part of providing a calm world for the patient to wake up in. Bright, garish, hospital lights can be rather unsettling, I knew, when one first woke up.

But then, I realized the lights were moving. And that there were a lot more of them than I had at first thought.

I was looking through a window at stars!

And either they or I were traveling very fast.

I actually calmed down then, for it became instantly clear to me that I was having a dream. It didn’t feel like a dream, but I just guessed that to be because of the drugs. As I noticed the stars (or me) moving faster, I laughed to myself that the anesthesia should have included some Dramamine.

I also got the sense that I was accelerating away from Earth—flat on my back and feet first. I couldn’t turn around and look, of course, but that was just the idea that came to my mind. I looked for Saturn, but was already outside the solar system and moving away quickly—or so I calculated (with no available facts).