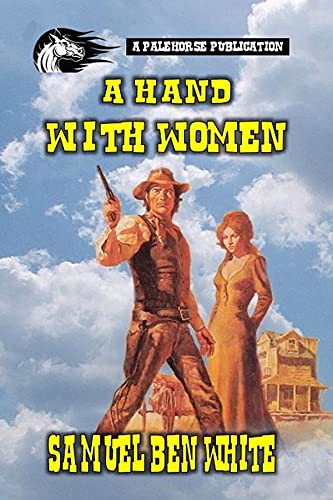 Morgan James left McKeon, Texas, ahead of a neck-tie party the esteemed locals were preparing to throw in his honor.

His horse had been tired when he hit McKeon to start with, and after a night of hard riding, it was about done in—and so was Morg. So he stopped at what looked at first glance in the early morning sun like a deserted ranch for water and a rest. It wasn’t so deserted as it looked, for a woman with a haunted look about her lived there. She offered Morg shelter, but there was still something about her that gave him the willies.

The ranch was called the T-Bell and there were those who said that death stalked the T-Bell range. Others said it was the woman who ran it that was being stalked, while still others said she was crazy, or a witch.

And then Morg found the better part of a dead body on the part of the T-Bell range that backed up on Palo Duro Canyon and suddenly all those wild stories he had been hearing didn’t seem half-wild enough.

Buy on Kindle or in paperback!