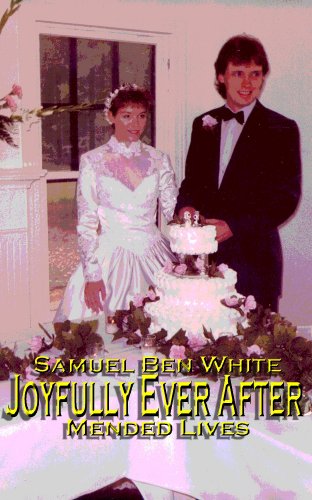 Sean Clarke moves to the town of his dreams, to a house he loves, to a life he’s always wanted.  There he meets and falls in love with Angie. a beautiful young woman.  Sean’s family is happy for him, but they are waiting: for that moment when Sean discovers something he doesn’t like about another perfect woman and dumps her.

A novel of self-discovery, about finding out that the things that irritate us most about the faults of other people are when they mirror our own.

To read more about Brad, Allie and Angie, make sure you read the novel Mended Lives!  To read how Joe and Ellen met, check out Hating God – a love story!

He let go of her to hold the picture in both hands.  He was looking at it, but he wasn’t seeing it.  He wasn’t seeing anything.  His mind was gone and it didn’t show any signs of coming back any time soon.

“I’m sorry,” she finally said, when she didn’t think he would ever speak again.  “I never meant to hide this—to hide anything—from you.  But I was so ashamed—”

“You should be!” he blurted out.

He jumped to his feet and demanded, “What else are you going to tell me, Angie?  When am I going to start meeting all these guys you slept with?  What about the millions who saw you nude?  When are more of them going to show up and start asking me if I’ve seen what they’ve seen?  When, huh?”

She stood up in front of him and tried to reach out to him.  “I wish I could take back all those pictures, Sean.  I do.  But I can’t.  What can I do?”

“What do you expect me to say?  ‘Hey great!  All the men of England have already seen my fiancé naked but I haven’t!’  Just leave, please.”

He picked up the folder, stuck the picture back in it (but not before seeing that there were other similar pictures in it and actually letting one slip out unnoticed that slid under the rocking chair), and thrusting the folder at her demanded, “Take these with you.”

He took a deep breath and replied, through clinched teeth, “I’ll get back to you on that.”

He stepped around her and opened the front door.  Gently but firmly, he pushed her outside and closed the door behind her.

She turned around to face the door, but heard the unmistakable sound of the deadbolt being thrown.  She thought about knocking but didn’t think it was the right time.  She sat down on the front porch steps, put her head on her knees, and started crying.

It was almost half an hour later that she got up, smoothed out her dress with her hands and, taking the folder, walked back to the café.  Inside, the cook asked if she were all right, to which she nodded but didn’t answer out loud.  She just put on her apron, then put on her customer face, and went out to deal with the public.  She was relieved that the British couple was gone.

She looked around, though, at the crowd now there and wondered if any of them had ever seen her ads for Sutley’s, or Liverpool football, or any of the other ads she had done?  What about just the magazine layouts?  She remembered when she used to pat herself on the back because she had never done full-frontal, but now it didn’t seem like such a big deal.  “Partly evil is still evil,” she muttered to herself.  Then, noticing that a customer had overheard, she smiled, said, “Excuse me,” and took his order.

After that order, though, she went back and relieved the cook.  Not only did she want to be away from the general public, working with food had long been a way to calm down and think.  She did so, now.