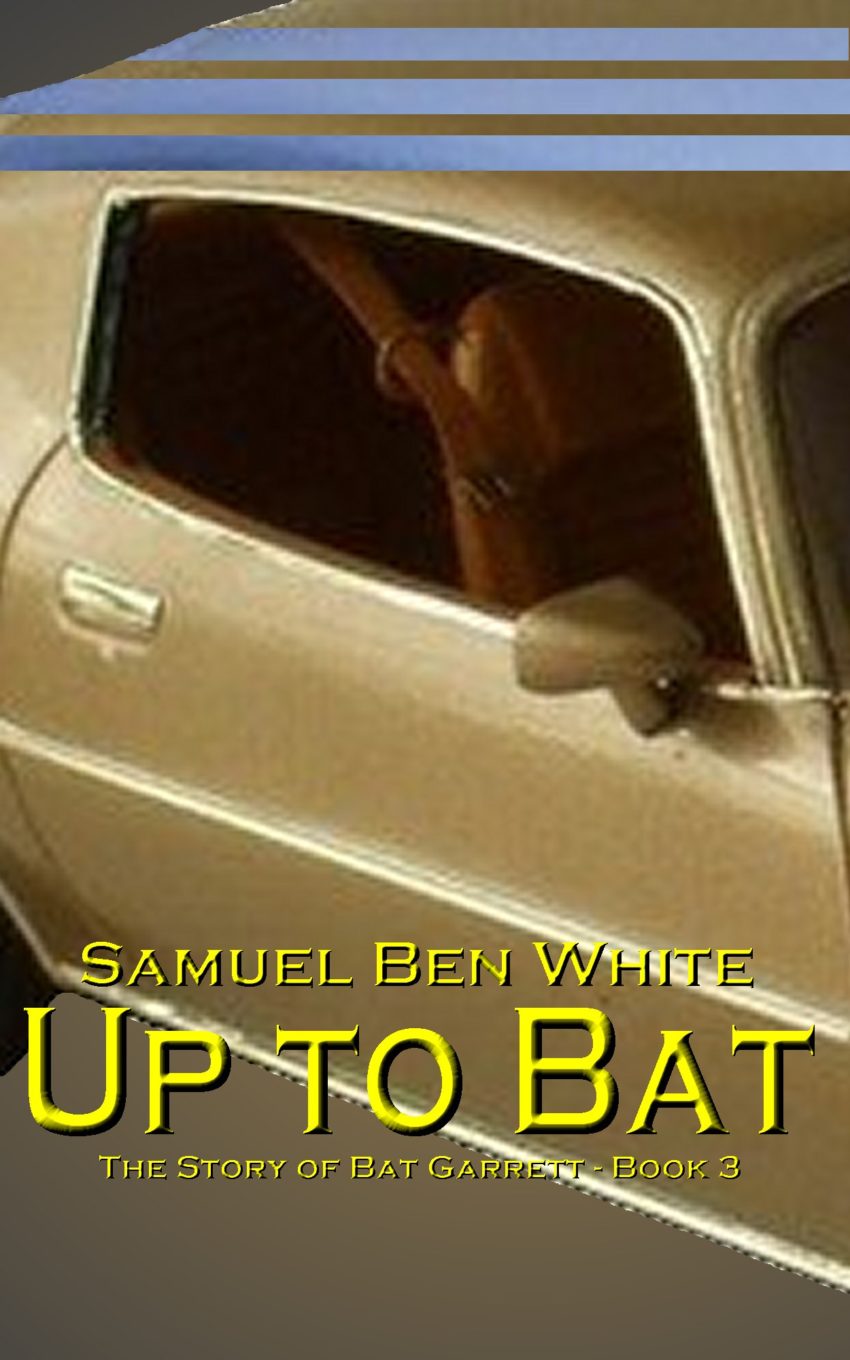 Book 3 of The Story of Bat Garrett

Dallas private eye Bat Garrett is hired by wealthy Texas oilman Frank Gaston, who thinks someone is trying to kill him.

Bat is skeptical but when Gaston is found dead, slumped over at his desk, the fear seems to have been well-placed.

Darla Gaston, the beautiful young oilman’s daughter, is encouraged by her lawyers to fire Bat and let the police investigate. Darla, however, wants Bat to find out why her father has been calling a number in Colorado for several years. Bat discovers that Gaston has left a trail of lies and deceit, bigamy, and maybe even a decades-old smuggling operation involving children and a massive real estate deal in Oak Cliff.

It’s the biggest case Bat’s ever had, but it may cost him more than he’s ever had to give.

Available on Kindle and paperback.
Make sure you read the whole Bat Garrett (& Jody) saga, beginning with “The Nice Guy“, followed by “The Return of the Nice Guy“, then this book, then concluded (this arc, anyway) in “Last at Bat”
…

My name is Bat Masterson Garrett. I’m a private detective. I always dreamed of leading a glamorous life like the P.I.s on TV, but it doesn’t seem to work out that way in real life. Real life private detectives track down husbands who don’t pay their alimony, or find out if someone is having the affair their spouse suspects them of having. Once in a while, there is a fight; but there aren’t many shootouts or car chases. I sometimes wonder why I wanted that stuff in the first place.

Detectives on TV always get the girl, too. That never happens. Like I said, the people I deal with are usually already married (albeit trying to remedy the situation). Besides, people in real life don’t even look like the people on TV. Well, some people (my former fiancé Jody Anderson) used to accuse me of looking like Kevin Costner.

Well, what she said was that I probably weighed the same as Kevin Costner. My hair’s almost the same color as his, but I have blue eyes and am only about an even six foot—while I’ve always figured him to be taller. Some girls think I’m attractive, some don’t, so I’ll let you draw your own conclusions.

One day, I was sitting in my apartment in North Dallas looking at my baseball card collection when the phone rang. My phone never rings, so it liked to scared me to death. I hastily picked up the cards I had dropped and went over to the phone, sorting them on the way. I figured the odds were that the cards were more valuable than the phone call and deserved my attention. Having once owned a baseball card shop of my own (for about six months), I knew something of their value.

I answered and a man asked, “Is this B.M. Garrett Investigations?”

“Sure is, what can I do for you?” I was real surprised that anyone wanted me to investigate something. I’m also listed in the yellow pages under “Painters: House”, and that seems to generate the majority of my calls for gainful employment. A couple times people have tried to hire me as a body guard, but I don’t much care for the “rough work” after my limited experience with it. I’m not exactly a “big dude”, anyway, and most of my schooling in self defense would fall under the heading of “run”.

“This is Franklin Gaston,” he told me, “Of Gaston Oil.” He put in a pause like I ought to have heard of him but I hadn’t so I just mumbled noncommittally. I don’t keep up with the oil market except to the extent that I go to the cheapest gas station.

He continued, “I think I am in need of the services of a private investigator, Mister Garrett. You are Mister Garrett, aren’t you?”

“No, Bat. Like those things that sleep upside down in caves.”

“Well, yes,” he said as he tried to regain his train of thought. My name always does that to people. Thanks, Dad.

“What did you need, Mister Gaston?”

“Well,” he said cautiously. “I really think it would be much better for us to meet in private—and in person. I’m confident no one is listening in, but I would just feel more confident if I could talk to you in person.”

“I understand,” I told him. It already sounded like he was going to ask me to trail his wife and find out if she was cheating on him. If that were true, I thought, he was probably afraid she would walk into the room he was in and overhear the conversation. Maybe she was already in there. You never know about these people. One guy hired me to watch his wife then told her I would be there. I didn’t get much on her for some reason.

“Where would you like to meet, Mister Gaston?” I asked. “I’m pretty flexible.”

He seemed to be thinking a minute, then replied, “It needs to be some place out of the way. Do you have any suggestions?”

“I know just the place. It’s on Northwest Highway—”

“In a way, it is. Think about it, if you were having a secret meeting, would you normally go to one of the busiest streets in town? See, the idea is to do what’s not expected. Like in football, sometimes you run the play that seems like the worst choice because the other team is confident you won’t run that one.”