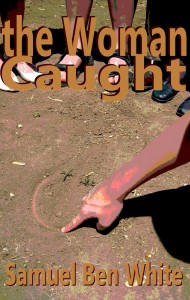 Alexander “Opie” Gates, a young man from west Texas, finds himself being greeted by a woman in a bar in New York City. At first glance, she’s kind of pretty and he likes the attention. But over the evening, he begins to think she is considerably older than she appears and worn down by life. Over the next few days, Opie finds himself drawn to this woman (who proves to be younger than he thought), but then he makes a horrible discovery about her lifestyle. Telling himself he’s emulating Jesus, he continues to be her friend. But then, two things Opie never anticipated happen almost at once: The woman comes to share his faith, and he begins to fall for her. Suddenly, he’s no longer just trying to be understanding and forgiving of a semi-nameless person. He’s trying to be forgiving of someone he wants to fall in love with but he can’t get over the idea that she’s already violated something he holds very dear.

Alexander “Opie” Gates sat at the dimly-lit bar of the dimly-lit dive a few blocks from Times Square reading his Bible and sipping on a Sprite. It was an attention-grabbing spectacle and he knew it. It was completely intentional.

He’d got the idea from an old roommate in college. The guy was short of stature and tended to dress like he’d just gotten off a gator-hunting swamp boat, which wasn’t as much of a stretch as one might think. He’d take his Bible—a big, leather-bound job with study notes in the margins and hundreds of handwritten notes on sticky-papers stuffed here and there from Genesis to Revelation—and he’d go to a bar, order something obviously non-alcoholic, and sit and read. He told Opie that, invariably, someone would come over and ask what he was doing, and then Allen would share the gospel with them. The long-term efficacy of such an evangelism approach Opie had always doubted, but he had admired it, nonetheless.

So, with nothing else to do on a night in Manhattan when he couldn’t sleep, he had decided to give it a try. He’d left a note for his host and, wisely or no, had slipped out into the big strange city and found his way to this bar, not so far from his friend’s apartment as the crow flew, but more than half a world from home.

With his red hair and a father who adored “The Andy Griffith Show” to be nick-named “Opie” had almost seemed pre-ordained. When he had read in a book that the kid from the TV show had actually been named after one of the star’s favorite performers, Opie Cates, the name had seemed inevitable. He knew he had been born bald as a bowling ball, so he guessed the only reason he hadn’t been named Opie officially was that they had been waiting to see what color his hair would take.

Now here he sat, clearly a tourist and clearly out of sync with the rest of the bar’s patrons. They seemed a reclusive lot—hiding back in the shadows like rats—and if they paid him any mind at all, it wasn’t for long. He’d only been in the Big Apple for a couple days, but he’d seen enough to know that there wasn’t much that would garner the attention of the locals and a tourist with a Bible barely even registered on the meter.

He’d read a good bit of the middle section of the book of Ezekiel and was thinking about heading back to Rory’s pad when a voice said from beside him, “Is that a Bible?”

He looked up in surprise, answering “Yes” before even seeing who had spoken. He was getting ready to go into his old roommate’s routine when he saw her.

She was a pretty woman, probably in her mid-twenties, just like Opie. She had dark hair and was dressed in tight jeans and a loose-fitting top that showed some cleavage. He caught a glimpse of a tattoo of a rose on her left breast and quickly looked away. Glancing back, making sure he looked only at her face, his second glance made him think she was probably a lot older than him, maybe even pushing forty. But she had expertly applied makeup which created the illusion of a much younger woman.

Suddenly, he felt very sad for her. Probably not the impression she wanted men to take away from her looks, he thought ruefully. If he knew her, he thought, he’d tell her to lose the makeup and just look her age. She might not be as striking, but he was sure she would actually be prettier. He wasn’t about to say such a thing to a complete stranger and any further thoughts were stricken from his mind by the question, “Why?”

“Why are you sitting in a dump like this and reading your Bible at,” she glanced at the clock over the bar, “Almost midnight?” She tapped a finger against his glass, watched the bubbles move, and added, “And drinking a Sprite?”

He thought back to what his roommate always said in such situations, and suddenly it seemed canned and disingenuous. So he told her the truth, “I couldn’t sleep and I figured if I did this someone would eventually ask me why and I could tell them.”