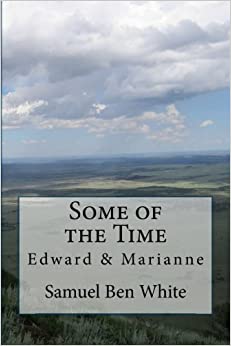 Garison Fitch’s grandson, Edward Garrett, and his young wife Marianne, have been living back in the twenty-first century for four years now. Marianne has won a gold medal at the Olympics … and Edward? He’s been stuck in a dead-end job, dreaming of the days when he led armies and walked the lands of the far future with Marcus and Daniel. A parade in Marianne’s honor in their hometown is cut short by a storm-an enormous storm like only Edward and Marianne have seen before.

When it subsides, they are back in the future they once knew, even closer to the end of the world than before. But Lasten-who they knew before as an old man-is now a young man and the land of Nid is populated as it had been in his youth … and led by a madman who believes his society is dying and, so, must be put out of its misery. In the course of trying to save the future-and discover why they have been summoned out of their own time-Marianne and Edward discover a whole new culture and race of men most people believed was only a legend until the Garretts burst through with irrefutable evidence that the legends are true. The world will never be same, but can it survive the change long enough to make it to the end of time itself?

Order today for Kindle or Paperback!

And don’t forget book 1 in this series, “All the Time in Our World” and the finale, “A Thousand Miles Away“.

They were halfway through the parade route—traveling slowly along North First and gaining a whole new understanding of why the Cowboy Band had to stretch their legs periodically—when they felt the first drop. By the time they turned north to head back up Pine, it was beginning to sprinkle.

No one seemed to mind, though, as Edward was right that it rarely ever rained that time of year and it had been a dry summer so far. If anyone had brought an umbrella they weren’t unfurling it, yet, and most of the spectators weren’t even seeking cover.

The bands were not at their best for they usually didn’t play in public this early in the season. But it had been deemed a momentous occasion that a local girl had won an Olympic gold medal and everyone—especially the downtown merchants—had thought a parade through downtown was an excellent idea. Abilene hadn’t had a bonified celebrity since Clint Longley almost a century before and it seemed like it was about time. So every church, civic organization and fraternal order had been encouraged to quickly come up with an Olympic-themed float and enter it in the parade. For such a hastily thrown together event, it had turned out quite nice.

Except for the rain, which, by North 5th, was coming down hard enough that some people were beginning to wonder if seeing an Olympian were really worth the trouble. By North 8th, the Cowboy Band was pretty much running to get to shelter and Ranger Rangerettes were just streaks of running makeup.

“This is fun,” Marianne laughed as they hunkered down in the seat and the roof of the convertible closed over them.

He smiled at his wife, so beautiful to him even with her hair plastered to her head and shoulders, and said, “This can’t be good for the meticulously redone interior on this car.”

By the time they got to the civic center, the rain was coming down in buckets and the owner of the car quickly appeared in a state of panic and mumbling something about, “Never again!”

“Do you two need a ride somewhere?” the banker asked.

Edward started to say that would be appreciated, but Marianne interrupted, “I kind of like walking in the rain myself. And our car’s just over there by Thornton’s anyway.”

Edward nodded, then added, “And I guess Joly’s supposed to be around here, too.”

“Surely he’s not going to go through with anything,” Marianne told him. “Come on. Let’s just go to the car.”

They were already so wet that walking in the rain was not uncomfortable. It was rather liberating, once one got used to it. As they stopped at the corner, Edward pulled Marianne into his arms and kissed her. He had read books about how romantic it was to make out in the rain but had never really done it. He admitted it was pleasant, but he always thought kissing Marianne was pleasant—and sometimes it had been more pleasant than this time.

Just then a gust of wind blew past them, chilling them in their wet clothes and so powerful Marianne thought it was going to knock her down—off balance and on her tip-toes as she was. They held each other tighter, waiting for the wind to die down, but it merely picked up force. Still holding tightly to Marianne, Edward reached out and grabbed the street sign nearby for support.

Then, suddenly, the wind stopped. And the rain.

And it wasn’t cloudy anymore.

As they looked around, still holding each other tightly, the same thought came to each of their minds and they spoke in chorus, “We’re not in Abilene, anymore.”

“Yes we are,” he suddenly added. He pointed out a red spire to their south and said, “There’s Lasten’s castle.”

Her hand went to her mouth as she let out a sound of exuberant excitement. Then, grabbing his hand, she set off running across the fields, saying, “Come on!”

There was a slight rise between them and the castle and when they topped it they paused to take a look at the castle. They were surprised by what they saw.

The castle itself looked virtually the same as it had the last time they had seen it, but now it was surrounded by a sizable village. At a guess, Edward thought it might contain as many as two thousand people. And the castle itself, if every room were used, could probably hold at least a couple hundred people and perhaps more.

It was a thriving town, with much hustle and bustle. And unlike the drab, dreary towns they had seen on their last visit to the area, it was bright and cheerful. Banners hung not only from the castle walls, but also from many of the buildings about the town. Even the smaller homes—huts, really—had a fresh, newly built look to them.

And there were children. Lots of children were running about and playing among the buildings and on the large greens before the castle gate.

Behind the castle the town rose to the crown of what Edward and Marianne in their time had known as McMurry Hill. Edward looked at the scene before him and commented, “I think we’ve been away more than four years.”

Marianne nodded, then began dragging him into the town, saying, “Come on! Let’s see if we can find Lasten.”

“You think he’ll still be alive?”

“The question is whether he’ll remember us. If this is after the last time we were here, then he won’t.”